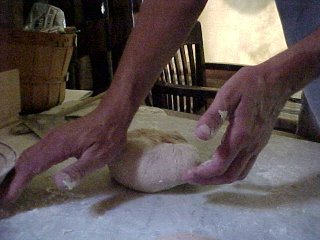 Allow me to introduce you to …you

I like to explore my own feelings in different situations, to better understand myself and better understand others, since in the basics we are all the same. Look at it this way all cakes are made from one basic dough and the difference is the ratio between different ingredients that are always the same, then comes the extras but these extras are but 20 % of the whole cake.

If I understand myself correctly and what its made of, then I will have no problem understanding others, I may have more of one thing that they have less of, but at the same time they have a lot of a thing I have only a pinch of in me. Bottom line is we all have all the ingredients, therefore if you know the ingredients there is no problem knowing the whole.

One catch though ! you have to be honest to your self, and this is not an easy task a lot of people take the short cut and are not that honest with themselves, they try to deny some feelings and ideas they get because they feel ashamed for having them. Come on are you that comfortable admitting to yourself that you envy some people I mean really envy ! are you comfortable feeling selfish, feeling like strangling one of your parents. These are negative feelings that I'm sure we all get from time to time but if we don't explore them and analyze why we felt them, they will come back, and then you will be in the dark then as you are now if not worse.

So by truly knowing your self you will understand others better, and you will be able to improve your self, its like some one who has sleepless nights, if he continues to ignore it he will keep on not sleeping well, but if he takes a moment to analyze the situation, he will find out that for example he has a bad mattress, will he sleep any better knowing that ? he now needs to go a buy a good new mattress, do you see where I'm going with this? And I would bet he would look again at his colleague who is a bit nasty in the morning with lower back pains. Now take these examples and try to see how they relate to you and your life.

You may not be able to know yourself except via deeling with others. One hadeeth I find it very much to this point" Almu2min mir2at akheeh" and the other hadeeth that compliment it for that sake: " A7eba le akheeka ma tu7ibu lenafsik"
Knowing onself is not as easy as you can imagine, that's why its important to follow the saying of Umar may Allah bless him, "ra7ima Allahu emra2an ahda elya 3oyoobi"
That's in refrence to the first 7adeeth I quoted above.

I find the equation a bit more harder than that .. its a sure thing that we as humans , share the same ingredients .. yet .. the variation in the percentages makes most of the "difference" .. Not to forget the outer ingredients that varies from one to another.. which is why we can never understand why some people cheat , steal or even go as far as kill ..

However.. I could possibly agree with you that one should take a closer look on his/her behavior , and try to rationalize and reason why is he or she doing or feeling this or that way .. it could help in knowing why and could shed more light on our inner-selves .. But it is definitely not an easy nor a frequent action , as we generally act according to what is we're in and start thinking after wards ... unless if we are in a situation that we should REALLY think in before act ..